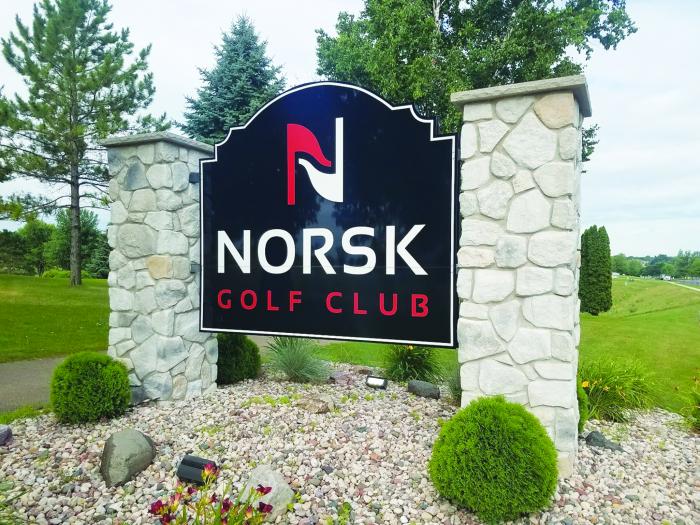 Board delays action on lease renewal until they see financial documents

The Mount Horeb Village Board on July 7 opted not to renew its lease agreement with the Friends of the Norsk until the group running the village-owned golf course provides more transparency about its operations and finances.

While village taxpayers voted to purchase the land nearly five years ago, and the village board then arranged for the non-profit group to run the course, there has been little revealed in that time about how the tax-exempt organization overseeing the public course is using the money it brings in. While trustees at their most recent meeting voiced support for keeping the land a golf course, and were generally complimentary of the non-profit’s work, they also questioned why those running it for the village have not been more forthcoming with information about its finances.

“Why do we not have a standing yearly review of the Norsk, finances and things like that, if they report to the village?” asked trustee Beth Hill. “I think it’s no different than the library. We have other departments that are out there, and we hear from them, but we haven’t heard anything from the Norsk in five years.”

The current lease was signed on June 30, 2016. For the past five years, the Friends of the Norsk have paid $600 in monthly rent and have run the golf course, bowling alley, restaurant and bar free from nearly any government oversight. They have declined to disclose their detailed finances to either the village or the newspaper, which has requested them on multiple occasions.

“[T]he Friends of the Norsk is not a municipal entity as you are stating and we do not have the obligation to release our financials for that reason,” claimed Friends of the Norsk president Andy Baber early in 2020 when the newspaper submitted an open records request. “The Village of Mt. Horeb does own the property and building that Friends of the Norsk operate a golf course on, but the course is not run and/or operated by the village or any village entity. In our case the difference is that the property is rented out to a completely separate non-profit entity that operates a golf course on the villages property, it is not a municipal run golf course.”

The Friends did, however, provide their 990 tax returns, which contrain minimal information. In those documents, the Friends of the Norsk said the organization’s mission is to “for the benefit of the community in and around the Village of Mt. Horeb, WI, manage and operate a golf course and clubhouse owned by the Village.”

Their current lease expires in January.

When the Friends of the Norsk came to the village last week to renew it, village trustees praised the general look of the property but said they will require more from the Friends if the relationship is to continue.

Trustee Cathy Scott said the financials should go “deeper” than anything the village has received to date.

Trustee Aaron Boehnen made a motion, which was ultimately approved unanimously, to table the matter until the Friends of the Norsk provide more data.

“Maybe we should table it until we have actually more information, including amendments to the lease, and when we can review the financials,” he said.

“Just to be crystal clear, I’m all in favor of the renewal of the lease in some capacity,” Boehnen said.

“We just need more information,” he continued. “I would ask that we not make a rash decision and [that we] have the data in front of us when we make the decision.”

The lease renewal being proposed does include several key changes, including more transparency from the tax-exempt Friends of the Norsk. The proposed lease would also change the rent arrangement. The new agreement proposes that the Friends of the Norsk would pay rent for the next five years in the following way: “The base rate for rent shall be the greater of $7,200 or two percent of gross annual sales, commencing January 1, 2022. Rent shall be paid [per] year in twelve (12) equal installments of $600 on the first of each month. The difference between $7,200 and two percent of gross annual sales must be used for improvements to the building and grounds. On or before March 31 of the subsequent year, the FOTN [Friends of the Norsk] shall provide documentation to the Village identifying the gross sales for the previous year and documentation showing that the FOTN spent at least that difference on improvements to the building and grounds. If the FOTN did not spend at least the difference on improvements to the building and grounds, the FOTN shall pay the difference to the Village. The Village shall have the right, at its cost, to perform an independent audit of the FOTN’s gross sales. For each renewal year thereafter, the percentage of gross sales (i.e., two percent) shall remain the same, but the fixed figure ($7,200 in the first renewal year) shall increase based upon the average annual percentage change in the U.S. consumer price index for all urban consumers as determined by the U.S. Department of Labor for the 12-month period from October 1 to September 30 in the prior year.”

“Having discussed it with Andy Baber, the president of the Norsk, he is in attendance tonight, they are very interested in renewing the lease, things have gone well the last five years,” village administrator Nic Owen told the village board last week.

“They wanted to leave the base rent at $7,200 and if there is money in excess of that they would like to put it into improving the building and grounds, which I think is an asset to the community,” Owen continued.  Owen said he has heard comments that the course and clubhouse look better than they have in years.

“So, we run all of our finances through QuickBooks,” said Baber. “We review them every month at our meetings. And then obviously at the end of the year we have our tax returns prepared by Thousand CPA. That’s how we handle our financials.”

“What are the gross revenues for the course?” asked Boehnen. “Today we are being asked to make a decision on basically the greater of $7,200 or two percent, and actually, possibly nothing in lieu of continued improvements.”

“I think it would be important that if we are going to keep [rent] at $7,200 yearly that we are seeing the numbers,” reiterated Boehnen.

“This would be the first time that was required, in this lease renewal,” Owen said.

“I think it’s a good partnership … [but] I do want to continue to see those financials each year,” said trustee Ryan Czyzewski.

“And for the record I love the idea of a participation lease,” added Boehnen. “I think that makes sense and that’s applied elsewhere. I just don’t know what the market rates are, and I think the village needs to know formally what our debt service is as a village, how that affects the community as a whole, and how we can make sure this stays a golf course but also doesn’t cost its citizens in the community an excessive amount of money.”

The new lease proposal will come back to the village board once the village has more data.

Gleanings
120 Years Ago- July, 24, 1901 Sunday was a scorcher, as the mercury ascended to 110 degrees in the shade. The pig that the committee had purchased to be greased July 4th, and which “flew the coop,”...
News & Notes
70 percent of county has  had the jab As of Monday, 382,535 or 70% of residents in Dane County have received at least one dose of COVID-19 vaccine. 67.3% have been fully vaccinated. “This milestone...
Recreation Notes
Join us on July 30th for a relaxing night outdoors for our FREE Movie in The Park! We will be showing Tom and Jerry at Grundahl Park Stage Area at dusk (approximately 8:45 PM). New this year, we will...
New concert series at Blue Mound State Park

The Friends of Blue Mound State Park are hosting a new music series this summer in the outdoor amphitheater on top of the mound. This is a free event paid for by the Friends group, and organizers...
Gleanings
120 Years Ago- July 18, 1901 Painters Scott & Thompson have beautified H. Becker’s new house. Harmon & Mickelson have fitted up the second floor above their restaurant for ice cream parlors,...