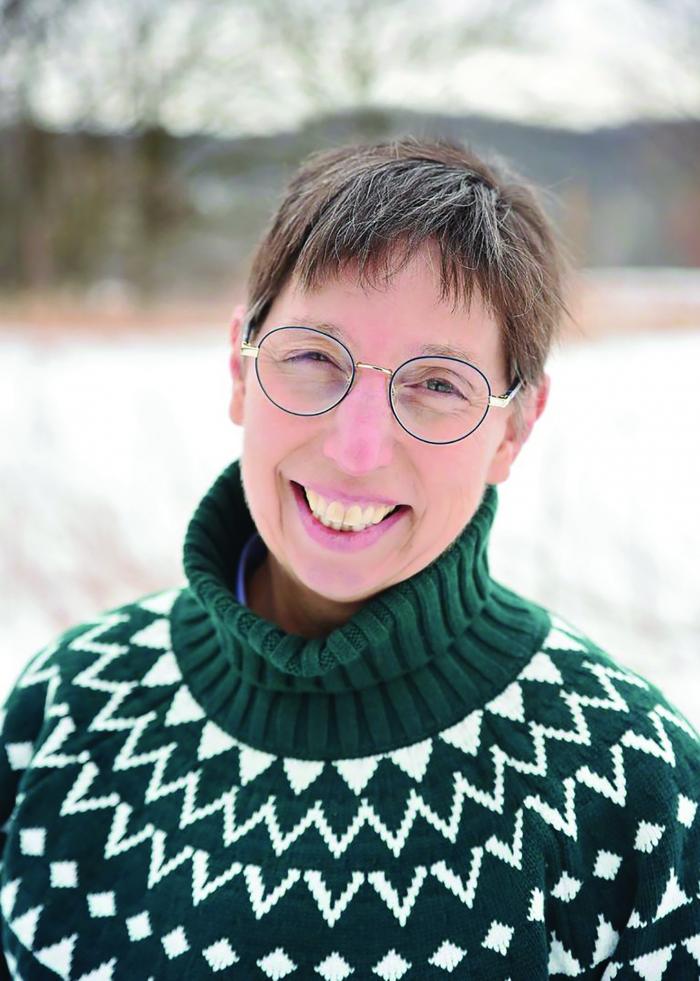 Mary Ann Nicholson, the Town of Springdale woman who had been hoping to topple incumbent Dane County executive Joe Parisi in the Spring Election, made the announcement Monday that she is suspending her campaign due to the unexpected death of her husband over the weekend.

“Mary Ann wishes for supporters of all ages across the entire county to know how grateful she is to have had the opportunity to represent an independent voice over the past four months,” her campaign said in its statement. “She hopes her efforts and vision for change inspires others to bravely act towards public service and balanced leadership goals.”

Just over a week earlier, she sat down and spoke candidly with the newspaper about her platform, her life experience, and her longshot candidacy for one of Dane County’s most important seats.

“We’re good people in this county,” Nicholson had said.  “Hard working people. And if we look into our hearts, we will see that things aren’t right and they need to change.”

While she has ended her campaign, Nicholson’s name will still appear on the April 6 ballot, which has already been set.

Nicholson was an admitted underdog in the race. She had less money, less name recognition, and less experience in county government. Actually, no experience in county government. But, running as an Independent, Nicholson said she hoped she could tap into many people’s dissatisfaction with crumbling rural roads, draconian COVID regulations, and a myopic focus on the City of Madison.

She was well aware of Parisi’s long list of advantages. He is a Democrat in one of the bluest counties in the state. His re-election campaign is being chaired by United States Congressman Mark Pocan, a Democrat who is wildly popular in his own district. Parisi has held his seat for a decade and ran unopposed four years ago. He has been endorsed by many prominent politicians.

But Nicholson contended that for too long county politics have been about representing those who live in Madison while either ignoring, or actively antagonizing or marginalizing, those who live and work in the suburban and rural communities that actually make up most of the county.

A newcomer to politics at any level, she said she wanted to bring a “fresh perspective” to the seat.

“If I can get my voice out there, I think I have a chance,” she said.

Like many in Dane County, Nicholson grew up on a farm. She has resided in the county for more than half a century.

Born in Dodgeville, she attended Ridgeway Elementary until February 1969. She graduated from Verona High School in 1978, having been the first female president of the local FFA chapter. She was married to her husband, Ron for 31 years. They lived together in Springdale for more than three decades.

Nicholson said “hard work and community” should be the things that push the county forward. She also said ideological inclusivity, which seems to have been lost, must be a priority.

“I think open-mindedness is something that is critical in a good leader,” said Nicholson.

“I want to be a bridge-builder,” she added. “Every issue in the county does not need to have a political twist.”

Before ending her campaign, she pledged to “work really, really hard” if she won the seat.

Win or lose - and until family tragedy changed things she said she did intent to win - she saw her campaign as something of a victory already, because, as she put it, “no elected official should ever run unopposed.”

Her platform revolved around several key ideas, some conservative, some less so.

“First and foremost, we need to get our small businesses up and running again,” she commented.

“We’re losing businesses in Dane County, and that’s losing revenue,” she said. “Big box stores have been allowed to be open throughout this whole pandemic. I think they are given a lot of unfair advantages over the small businesses that are the ones actually donating to and supporting our community groups and teams. I trust small, local businesses more than I trust big box stores.”

She said small businesses are being unfairly targeted by Dane County and the State of Wisconsin.

She added that the county is losing family farms at “an alarming rate.” She said Dane County government should advocate for small businesses in rural, suburban and urban settings.

Roads remain a common grievance among rural critics of the county’s political leadership.

“We are paying a $28 wheel tax and that should be earmarked for road improvements,” she said. “Our roads are in pretty bad shape.”

Nicholson said partisan bickering, name-calling and the vilification of those on the other side of the political aisle are making progress in many areas impossible, which is why she chose to run as an Independent.

“People are afraid to even talk to me in the climate we’re in right now,” she said. “It shouldn’t be that way.”

“When I was getting signatures, I heard from rural communities that their voices are not being heard in Madison. And I feel that way too. It seems like every budget item is for a Madison issue,” she said. “This is going to be a learning process for me, with a big learning curve, but I’m stepping up to the plate.”

She also said Dane County has “hard issues” to address in communities of color, but partisan gridlock is preventing any useful dialogue.

“These are tough issues, but I know if we can just come to the table with open minds and ideas, we can move our county forward,” Nicholson stated.

“I think we could fix a lot of things,” she continued.

She added that trails and land conservation were “very important” to her platform.

“It seems like ever since the ‘70s, whenever there is a social issue people just throw money at it,” Nicholson said. “But here we are today, with the same issues. If we really want to fix this, we need to engage with businesses, with faith communities, with healthcare providers to address disparities. And we shouldn’t forget about farmers, the people who are out there in the cold, working every day. They need help too.”

She said schools, some of which have not offered in-person instruction for students for nearly a year, should re-open “immediately.”

She said poverty and racial disparities are both major issues that need to be addressed, but they can’t be fixed unless a diverse group of leaders come to the table to talk. She says she does not support defunding law enforcement, but rather giving police the tools they need to do their jobs effectively.

She said most people have common goals, and they should be able to work together to achieve them.

Editor’s note: Our interview with incumbent candidate Joe Parisi will appear next week.

Four sheriffs come together to call for jail improvements

On Tuesday, January 17, current Dane County sheriff Kalvin Barrett was joined by his three predecessors to urge the Dane County Board to move forward with the Jail Consolidation Project. The board...
Gwen Mahoney and Sarah Strube are ‘Someone You Should Know’
Gwen Mahoney was chosen as the Optimist Club’s “Someone You Should Know” award for outstanding community service for the month of January.  Gwen is a senior at Mt Horeb High School and has been an...
Let Us Never Forget

This is the twenty seventh in a series of articles that we hope to publish for years to come. With this series we want to honor Service Members that served our great Nation.  As I mentioned in the...
School board delves into various teaching strategies
Director of curriculum and instruction Sarah Strake presented the Mount Horeb Area School Board with teaching strategies currently being implemented. All Intermediate Center students are...
Gleanings
130 Years Ago- Jan. 25, 1893 The Mount Horeb Progress Louis Souther, Jr. of Perry, will take unto himself a wife next Tuesday, if reports are true. Oluf Goldben resumed his job at the drill last...